Things that go Bump in the Night 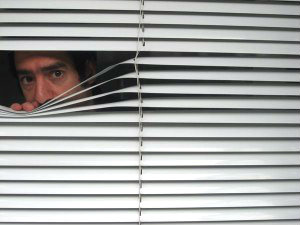 Hey! Who enjoys watching funny sitcoms? I sure do.
I have another question. Who will admit to having moments in life that are scenes from funny sitcoms?
I sure will!
Laughter is great medicine. It can relieve stress and help you forget your troubles temporarily.

My life has been in transition. Not only did my husband and I move three months ago, but we've been tackling some stressful marriage issues, among other things.


My last post here was seven weeks ago. I can't continue calling myself a blogger if I don't post stories regularly. So now I'm back after a long break- this time with one of my titillating tattling stories. Okay, at least tattling.

About a month ago, Hubby and I were awakened by a horrid, piercing, siren-type sound in the wee hours of the morning. It was a smoke detector!  But we hadn't put any up yet (bad, I know). We were running around in a panicky daze, looking and smelling for smoke. None. Then I knew we had to find the box of smoke detectors we'd taken down at the previous house.

He grabbed a mini-flashlight and was frantically rummaging around the kitchen and dining room, trying to follow the sound.

I turned on the dining room light.  My husband immediately ducked down and said "Turn it off! The neighbors can see!" (Yes, he was in his birthday suit.)  I yelled "They aren't going to be looking out their window at two a.m.!"
"They might!" he exclaimed. "The sound probably woke them up already!"

I was fairly certain I knew where the old detectors were. I wanted to turn the light back on to look for them. "I really don't care if anyone sees me!" I sassed, in my scantily-clad, frazzled condition.

I found the elusive box. He grabbed it and took it to the kitchen where he could hide from the windows.

He located the guilty device with the malfunctioning battery. It took him several attempts to disconnect it. Whew, finally!

The positive thing about that adrenaline-boosting, five minute fiasco is that we were both laughing about it before we went back to bed.  A funny memory was made for us during a particularly difficult time.

It was a good reminder, I think, to lighten up and allow ourselves a break from the heavy stuff for awhile. We both needed that.

Several of my friends are very private people and would never talk of their personal lives publicly. I also know friends who tell all kinds of details about almost anything.

My stories usually fall somewhere between the two extremes.

I'm a writer. I write about what I'm learning from my life experiences. I'm honest, but without airing dirty laundry.
I'm not ashamed to say that my husband (of more than thirty years) and I have been struggling individually and as a couple. I mean, what relationship doesn't go through troubled waters? It's part of life.

The crazy, embarrassing, sitcom scenes are part of life too. So "Carpe' Diem", as I often say! Or seize the awkward humor of the moment if you possibly can.

Oh! I almost forgot to tell you what goes bump in the night.
I do!
Or I did, about a week after the smoke detector episode.

There were no siren-type sounds that time, and thankfully no real sirens either.
I was very fortunate, considering that I fell out of bed onto the hardwood floor. Yep. Right on my face.

I didn't get a concussion, just a black eye and a bruised upper lip area.
As it was healing, the upper lip bruise started looking like a little mustache on the right side. 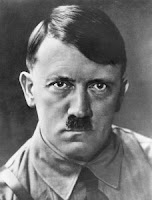 I sort of wished it had been closer to the middle. Then I would've had a Hitler thing going on and that would have been funny!