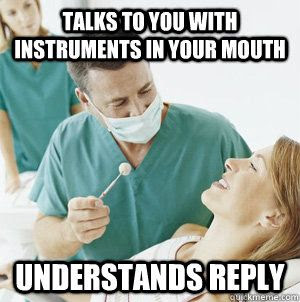 Who loves going to the dentist?? Please, there is no need for everyone to yell "I do!" at the same time.

Like most folks, I don't enjoy having dental work done. But I do like my dentist! I've been going to Dr. R for about twenty-five years. He does excellent work! He also has a calm demeanor and soothing voice. Those qualities are so helpful to nervous dental patients like me.

However, I remember a dental assistant he had about ten years ago who was anything but soothing. I'll call her Cathy for this story.

Cathy had a habit of conversing with the dentist about her personal life while he was working on patients. Well, maybe she only did it when he worked on me, but it happened more than once.

If she had just wanted to tattle on herself, that would've been one thing. (I do it all the time, except in this story, I'm tattling on her.) But she would mention people by their full name! I'll give you an example.

"Hey Doctor, I finally got an appointment to get my car fixed at Smith Automotive. Someone had recommended John Doe Car Repair, but I would never go there! My Dad knows John Doe and he is the biggest crook in town!"

As I was helplessly laying back in the chair,  I thought "I can't believe she said that! She doesn't know me personally. For all she knows, John Doe could be my uncle or my best buddy!" He wasn't, but it was the principle of the situation!

I remember the time when Overly-Chatty Cathy told the Doc about a movie she had watched the night before. It's funny to me now, but it wasn't when it happened!

I was having some major work done. My anxiety had started the night before. 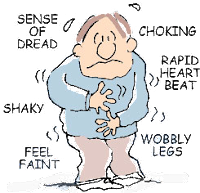 The dentist had already given me some shots of Novocaine and Cathy had put the mask on me and started the Nitrous Oxide (laughing gas). As you might know, the effects of both drugs must be monitored because they can cause nausea and other problems.

So Cathy started describing the movie to Dr. R. It went something like this:
"My husband and I watched "Evil in the Valley" last night. Did you see it?  (No)  It was based on a true story about a college student who gets murdered by her stalker. "

Chatty Cathy interrupted herself to check on me. "Are you doing okay? Do you feel nauseous at all?" (I'm a little shaky but okay.)

She continued her story. "This guy stalked the woman for a year. Then he stabbed her 49 times. OMG, the murder scene was so realistic!! I've never seen so much blood!"

"Hey Mrs. Bauder, how are you feeling? Still doing alright?"
My thoughts were "Really? How kind of you to ask! If I hadn't felt bad enough already, your gory movie scene is making me very queasy."
I held my hand up and said "Uh fee a ih ick" Which meant "I feel a little sick" (Doc R still had an instrument of torture in my mouth.)

He stopped working and said "Let's give you a break for a a couple of minutes and we'll turn down the laughing gas." Cathy adjusted the machine, then picked up where she left off, "And the stalker also slit her throat! It was a great movie but horrible! He got the death penalty."
Oh, she couldn't possibly have left her story unfinished, could she?

I never complained about Chatty Cathy's unprofessional comments and stories. I'm an easy-going person really. But looking back, I wonder if I should have said something.

I still had nervousness prior to my dental appointments after that. But I think it was dread of spending time stuck with Cathy as much as fear of the actual procedure!

A few months after that, she was no longer employed by Dr. R's office.

Well, I did receive a couple of positives from my experiences with her. Since I can be a chatty person myself sometimes, I was reminded that discretion is important! Who am I blabbing to, where and under what circumstances?
And I gained another story for my 'truth is stranger and funnier than fiction' file.

Thanks for reading. I think I've said quite enough now. 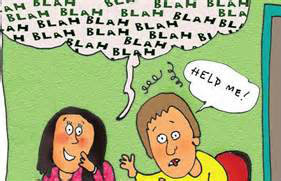