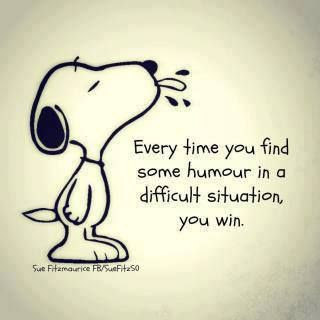 If you folks have read me much at all, you know that I often see something funny in mundane life experiences.

I realize that not everyone sees life the way I do, nor shares my sense of humor. I'm finding, though, that it just works for me! Goofy moments can ease stress and help us cope.
Who doesn't need a little help to get through some difficult days?

Let me tell you about two such occasions...

Yesterday I had to have some pre-surgery testing done at my eye clinic, to prepare for a cataract/glaucoma procedure that I'll have on my right eye next week.

While I was there, the doc checked my left eye too. I'd had a fairly major procedure done to it about two months ago. Well, I got bad news (again). It seems that the surgery might have failed.

It was very disappointing and stressful news, to my husband as well as me! He's been by my side through these chronic glaucoma issues for many years.  When we got out of the clinic, we both reacted- and not in the best way, I must confess!

I was given a medical questionnaire to fill out. I was supposed return it to the doctor's assistant when I went back for more eye pokes that afternoon.

Hubby "Big Kahuna" and I went to the nearest McDonald's to relax and eat a snack while I answered the questions on the form.  One was about pain.  It was worded weird!
On a scale from 1 to 10, please rate your average pain level in the past two weeks, with one being no pain at all to 10 being near death.

That didn't really make sense! I read it out loud. Hubby and I both started laughing. The bad joking followed.
"I'm thinking if a person is near death, they wouldn't be trying to fill out this stupid medical thing!"
I laid my head on the table. "Oohhh, help me! I don't have the strength to lift this pen! I think I'm near death!"

Our dumb dramatics helped us both lighten up. Okay, we can do this! One step, one decision at a time.
We had a serious moment too, acknowledging that we know of people who really are struggling with life-threatening illnesses. Oh, a little perspective can make a big difference!

I must tell you that our near-death experience yesterday wasn't quite as humorous as the time my husband was in the hospital with seven broken ribs and a shattered scapula. That was in December 2014.

I think it was day three of his five day hospital stay when Nurse Boobie was on shift for
hubby's roommate. 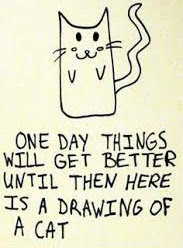 I went into the room to visit Big Kahuna. I noticed that the white board on his wall had the date, and then "RN: Bobbie" with the nurse aide's name written under that.  But his roommate Kevin's board said "RN: Boobie".  That seemed odd to me, for obvious reasons! And because the same nursing staff always cares for both patients in the same room.

So I looked at my husband and asked "Why does Kevin get Boobie but you get Bobbie?"
He looked at me blankly. "What?"

I told him that the Kevin's board says that his nurse is Boobie. He snickered a little, still looking confused.
He said "Our nurse today is Bobbie."

I walked over to Kevin's board, pointed at it and said "Look, it says Boobie!" But when I was standing closer to it, I could see that the stick part of the middle letter b had been mostly rubbed off. I had to confess my mistake, but explained that I had a good excuse! The letter was messed up, so it truly DID say Nurse Boobie!
(Hmm, sounds like it could be the title of a bad adult movie.)

So as I was sincerely explaining the ridiculous question I'd asked upon entering the room, he started laughing. Then he gasped and said "OWW!"  I apologized for making him laugh, but that made us laugh again.
Poor Kevin grinned a little but made no comment.

There are times when laughter hurts so good. We'd better value those mundane moments that somehow help us when we need it. They often do become smile-worthy memories!