Should we all just become Nudists? Part 2

If you are reading this, you are on social media. You probably watch TV too. It can get so discouraging to read and hear ugly attitudes being spewed too often! Criticisms about appearance, clothing, social status. intelligence level. The self-appointed judges usually hurl those rocks at people they don't even know personally!
Forget politics for a minute. I'm just talking about day-to-day life stuff.

Here is a true (supposedly) story I read recently on a discussion forum. The woman who shared it said that she and her female friend were waiting to be seated at a restaurant. She heard someone behind them say "Oh &*%#! We will be here a while. It will take a lot longer for fatty and gimpy to get seated!" Yes, he was referring to her and her friend. In her post, she acknowledged that she was a heavy woman and that her friend was using a walker. They ignored the man, but she was suppressing the urge tell him off. She wanted to inform him that she'd been recovering for many months from a broken back. She had gained a lot of weight because she'd been unable to move! That was one of her first outings since her accident. She was just starting to come out of depression after her long, traumatic ordeal.

What have we become? Why do so many people think it's acceptable to be unkind know-it-alls? And we wonder why children bully each other at school and online. Hmmm....

Another related question: why do some people (of all different ages) strive so hard to be liked or to impress others? A well-known line from the movie 'Fight Club' fits here -"We buy things we don't need with money we don't have to impress people we don't like." Or we diet, or try desperately to fit in, the list goes on...

Then there are some who behave just the opposite of those who try too hard. You know who I mean. They are the angry loners who have a tall brick fortress around them at all times. All you can see is their middle finger sticking up above that wall. You can hear them screaming "I'LL BE AND DO WHATEVER I WANT TO! I DARE YOU TO JUDGE ME!"

Neither of those seem like very happy ways to live. So I have a solution...let's all become nudists! Or naturists as the naked ones are sometimes called. 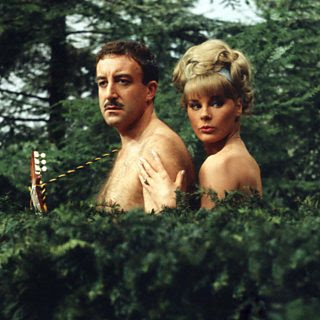 I've been studying some of their philosophies.
One belief is that if everyone wears their birthday suits, it will take away all pretense about social status. No clothing labels means no people labeling! There were other ideas discussed, with terms like "body acceptance", "reduced social stress", and "increased self-confidence".

Could social nudity be an answer? I don't really think so, because we'd all find reasons to compare bodies (including our own). We'd rate some high and some low, according to all sorts of criteria.

Besides, judging others and self is not really a clothing problem. It's an attitude-of-the-heart problem.
Yes and in spite of all my ranting, I must admit that my heart needs an attitude adjustment fairly often.

Self-examination and treating others as we want to be treated (in thoughts as well as deeds) might be better solutions.

Having said all that, please don't think that I'm judging naturists! I'm not, and I don't know or understand all their reasons for choosing that lifestyle. I just don't think it's for me.

However, maybe I shouldn't knock it until I've tried it!

Go ahead and judge me for that if you want to. I'll have my 54th birthday soon. Lately I've been experiencing that freedom that comes with getting older: not caring as much what people think of me.

You know what? It's almost as freeing as running around naked! 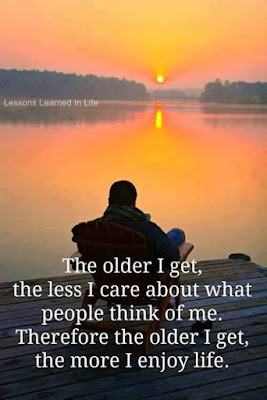