Pardon Me, but Your Bleb is Showing 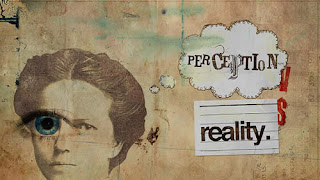 I had an experience in the check-out line at Walmart last week. It brought up conflicting emotions. I should have been able to laugh it off. Well I did laugh a little, but I cried too.

I sensed that I was being watched as I got my bank card out of my wallet and swiped it in the little machine. When I looked up, the young cashier said "I don't mean to offend you, but what is that thing in your eye?"

I said "Oh, it's okay. That's scar tissue from a recent eye surgery." She asked if it would go away as the eye heals. Nope, it's not likely.

The thing she saw in my eye is not really scar tissue. It was just easier to say that than to explain that the raised white patch on the upper part of my iris is a filter for eye fluid. It's called a bleb. Then I would've needed to explain that I have advanced glaucoma in that eye. 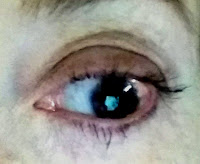 I'd continue to tell her that I had a tiny valve implanted in that eye (left) on December 17th, because three previous surgeries and all meds have failed. This means I've permanently lost eighty percent of my vision in that eye.

I would have added that I had cataract removal/lens replacement done at the same time. Then I had a glaucoma stent and a cataract/lens surgery done to my right eye in February.

I didn't explain everything because there was a line of people waiting behind me. Besides, ain't nobody got time for that!

I drove the short distance home after that brief exchange with the curious cashier.  I started laughing as I told my husband about what had happened. By the end of my story,  I heard my voice crack as my confused emotions came to the surface. The tears flowed.
Why did such a small incident trigger such a response in me?

It took me a couple of days to figure it out. Hindsight is 20/20! Pun intended.

Now I'd like to go back to Walmart and explain some things to that innocent, eighteenish year-old young lady...

During my recovery, I had disturbing complications. My left eye turned in for several weeks. I feared that I'd be permanently cross-eyed! There was a short period of time that I thought my driving days were over. I wasn't ready to accept that! It freaked me out and made me sad.

My distance perception was really screwed up for a while too.
I'd bump into door frames and sometimes I'd miss when I tried to put food on my fork. Now that I'm finally better, it's kind of funny! When I remember those times, it's like watching myself in a sitcom.


The new lenses have corrected my extreme nearsightedness to almost 20/20 in my right eye. Wow! I can now see distance but not up close. This is the opposite of how I've viewed the world my entire life! It's a huge blessing, but not an easy adjustment.

Well, Inquisitive Walmart Clerk, as much as I hate to admit it, driving to the store and being in public that day was a big deal to me. I was somewhat proud of myself because I just recently started feeling braver and getting out more.

You might think I am being too sensitive when I say that your comment sounded to me like "Hey Lady, you look a bit freakish." I know you didn't mean it that way.

You won't likely get why I fought the urge to go back to being a hermit after that happened. I've always been an active, outgoing person, but being in my home feels safer and more comfortable now. I guess that means I wasn't prepared for the emotional and mental recovery from all this. Maybe I'm not as big and bad as I thought I was.

I really don't want to hide out though. I am blessed to have precious family members and friends who care too much to let me do that.  I thank God for them! They deserve a blog post of their own- and I'll do that next time.