August 11, 2018
That hot day in July had started like most others. Who knew that the impending series of events would be controversially famous for many decades to come? Not only in the small town where it occurred, but worldwide!

According to Mom's retelling of the story, she and the other kids jumped out of that tree immediately! They ran into the house to tell the adults what they'd just seen.

They were not taken seriously. Mom remembered something being said about "childish imaginations".

The parents were forced to believe their children's crazy claim a couple of days later. The radio and local newspaper were buzzing with the extraordinary story of a bizarre flying object that had crashed in the outskirts of Roswell!

That is the extent of what I know about the UFO arrival that made my hometown famous. And it made my spaceship-witness mom even more cool in my eyes.

I was born in Roswell in the early sixties and moved away in 1979. The  spacecraft/alien/government cover-up story wasn't mentioned much when I lived there.

When I went back "home" to visit some old friends in 2000, it was so different! There were "incident" reminders everywhere it seemed (check out the items listed in green!).

This is not surprising, considering that the movie "Roswell" had been released in 1994, and a resurgence of documentaries followed. There was even a tv series, which premiered in 1999.

The city and many local businesses have been quite shrewd to capitalize on its unique history. Besides, it's just some weird fun!

Many, many people from around the globe apparently agree! According to www.ufofestivalroswell.com, 38,000 people, representing 43 states and 16 different countries, descended on the smallish town for the 2017 annual UFO Festival. That included many media folks too.

The International UFO Museum and Research Center is a popular Roswell attraction year-round, of course. 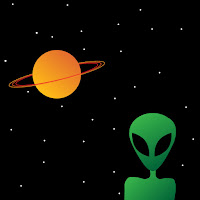 I'm not sure what I think about extraterrestrial spacecraft and large headed, almond-eyed creatures. Intellectually I lean toward skepticism, but it's a fascinating topic to my childish imagination!

And my mother? I don't remember that she ever specified exactly what she believed about all the Roswell UFO drama. I just know she witnessed the odd aircraft herself on that fateful day 71 years ago.

I've shared my mom's strange experience only a few times with family and friends through the years. It's an unusual inherited gift: this one-of-a-kind link to my hometown.

So thank you, Mom. Although you were only a little girl on July 6, 1947, and I'm sure you did have a vivid childish imagination- I've always believed your story! And I'm looking forward to passing it on to my grandchildren someday.